User Interface Design and the psychology of color

Color usage in User Interface Design relies on more than just the personal preferences of designers and clients. The increase in touchscreen usage on electronic devices means the interaction is more direct and intimate. With that comes an emotional relationship between users and their devices that should be part of any successful interface. The psychological aspects of color have never been more important in User Interface design.

Color is a form of non verbal communication. It is not static. It stimulates emotions in users and fosters a connection between the end-user and the product.
The visual design process should include focusing on the emotion your project should convey. UI design should foster a favorable relationship between end-users and the product, and color is an effective way to tap into people’s emotions.

For example, red is physical and conveys passion and urgency. Blue is more intellectual and soothing. Soft blues will calm the mind and aid concentration, which may be beneficial in certain work environments. Yellow is rooted in the emotional. The yellow wavelength is relatively long and thus stimulating by default. And white conveys clarity, simplicity and efficiency. The cleanest user interface systems will have an expert usage of white space.

Emotional connections can be established in a variety of ways. It is important for the UI color scheme to support the personality of the device and the emotion you want to stimulate in its users. 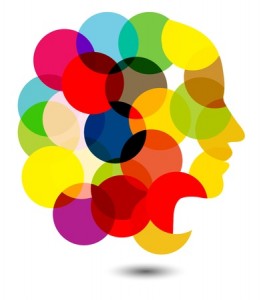