Failure Maps and their use in user interface systems

Failure maps are patterns or conditions within user interface systems that have a direct relationship with ensuing failures. User journeys and workflows are still the backbone of successful UX design. But in addition to knowing the factors of user success, it’s also important to understand the elements that lead to failure.

With over half the world’s population expected to be online by 2017, there is the potential for a significant percentage of new users being digital neophytes. Failure mapping can help stem the erroneous usage of interfaces by recognizing those patterns of ongoing failure to prevent any further failures where possible. Many solutions to these failures involve the elimination of needless and redundant features and calls-to-action. A reduction of these elements in a UI system can help reduce user confusion and error. One method of determining where and why user failure occurs is to backwards engineer user journeys until you identify a persistent failure. Once identified, look for ways to reduce the confusion and break the pattern, keeping the user engaged on their journey. Additionally, running a split test to prove your hypothesis further until a solution presents itself can pay valuable dividends. 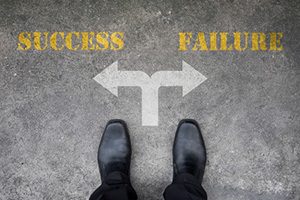